I went to a church design conference in Arkansas last year. It was called DIRT… it was about how to make something out of nothing. This was a great tool for church design ministry since most churches don’t have a ton of money they want to spend on media and design. At the conference, they also taught us some great ways to recycle things… so nothing ever has to be wasted. It was a great conference, although it did have a few unexpected moments I have wrestled with that had nothing to do with the conference.

It was only a 5 hour trip so we drove. The conference ended in the evening so we drove home at night. I was sacked out in the back of the car listening to my MP3 and staring out the window. I had one of those moments I hope I'll remember for a long time.

Staring out the window, I watched as a big Mack truck passed us slowly. He was hauling a load of livestock, specifically… chickens. This truck was loaded… I mean wow… that was a lot of chickens. So many chickens were stuffed in each cage they couldn’t move. Their faces, wings, feet were pressed up against the sides of the cages. The wind from the hig

hway travel was harshly blowing around them and feathers were flying out of the wire openings. As I watched, it seemed they were passing in slow motion. I knew where they were headed… to their doom no doubt… so I stuck my bottom lip out to pout. I was sad for them. Stuffed in cages; trapped with no control over their future. It made me sad, even though they were just chickens.

Something about that impacted me…I saw them and thought of the sacrifice they were part of, their life traded for my nourishment. I’m an animal lover but I’m not over the top, and I’m not a vegetarian… in fact, I enjoy meat. But, I don’t think I could be part of the ugliness behind getting the meat to the grocery store. I’d rather just not know so I can enjoy my fresh meal in peace and quiet with no guilt.

Seeing that truck with the chickens on it brought me great guilt though, but not for the reason you think. I usually purchase huge packages of raw chicken to split into small baggies and freeze. Earlier that month, I had taken one of those bags out of the freezer and put it in the fridge to defrost so I could make it for dinner on one of the coming days. I waited a few too many days to make it though, and when I opened the bag the smell that hit me in the face told me if I made this chicken f 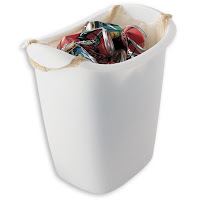 or my family… none of us would feel very good for a few days. I ended up throwing it in the garbage – 5 large chicken breasts gone… just like that.

Back to the truck… it hit me like a Mack truck full of chickens how irresponsible I had been as a living being. I not only wasted precious food… I wasted those chicken’s sacrifice and life. Everything they had been through had been for nothing. Now don’t get me wrong here, I’m not over here projected human emotion onto a chicken, I realize they don’t have a sense of things like we do – but even still… whether they realize it or not… they are still a living creature, a creation of the Father and I have a responsibility to be accountable for their place in my world. I should not waste them, or anybody or anything else for that matter. I felt disrespectful. I felt irresponsible in that moment…

But it was the kind of emotion that was productive, I didn’t waste my wastefulness. It made me want to do better and be more conscious of my actions, or lack of action. I realized I have an opportunity to be disrespectful and irresponsible with every single thing I do and have in life. The opportunities to fail at protecting the most important things in life are there all the time. I could easily put my attention on a man who is not my husband because of my ego… I could easily turn my back on a friend I care about because of the crowd or a lie… I could easily let a good deed turn sour by being selfish and judgmental… and I could easily snap at my child and tell him he is acting like a baby just because I’m in a bad mood and not realize how that may effect him for the rest of his life. Disrespectful, irresponsible…

Let’s go deeper… to even more important things in life.

My nature being what it is makes it impossible for me to walk through life without being disrespectful, irresponsible and wasteful. Even when I am trying my hardest, I simply can not help it. In recognizing this I have a few choices. I can choose to just do whatever I want knowing that I’m going to fail anyway so why not just have a good time and fulfill my needs as I go. I can choose to deny the whole thing; pretend all is well so I never have to face it. I can choose to beat myself up continually for my failures and live in a lowly place, ducking my head down in shame, living in fear of wrath, never fully accepting the freedom Jesus gave through His sacrifice. I can choose to accept the fact that no matter how hard I try, I will fall short – BUT also accept I am covered in God’s grace so I don’t need to beat myself up. I just need to keep trying. In my opinion, the only one of those choices that reestablishes respect, responsibility and honor is the last one. To the other choices… all I can say is… what a waste. I leave you with this question, is there an area of your life in which you are tossing Jesus’ raw flesh in the garbage? If so… what are you going to do to reestablish respect, responsibility, honor and stop being wasteful of the King’s flesh? 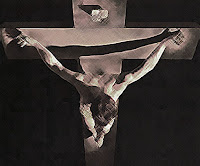