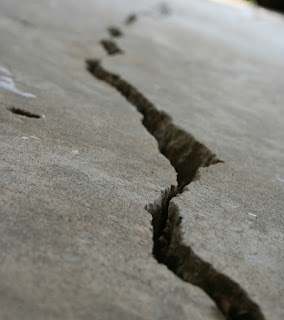 I'm a writer of Christian fiction... but not your average CF. No, my stories include sex, language, and real life situations that are relevant to today's world. The reason it is Christian is because I allow my characters to work through these issues in a Christian (or what I consider simply moral) manner as an example to society. I do this without shoving God at anyone. I feel I base the responses of my characters on basic morals... which in my life just so happen to be Christian.

I was picked up by a publisher called Maven Christian at the end of 2015. Since then we have been working hard at setting the groundwork for re-releasing all of my books and getting some new ones out there. I feel so blessed to be backed by people who are on the same page with me... they get what I'm doing and they support it full-force. Sex and all! It's amazing!

I've been pouring hours into a project lately that has been a lot of fun. I am doing something that to my knowledge has not been done before. My book 30 Below is going to be re-released soon and it will be perma-free for Kindle users. My project is that I am reading my book in a YouTube series - for free. This means that anyone with a computer can listen to my book - for free. Instead of it being an audio-book that is purchased, it is a streaming feed - for free - and you get the bonus of seeing my beautiful face and hearing my calm soothing voice (*cough* *cough*). I'm super excited about releasing these but they will have to wait for the official re-release of the book.

I've been loading the episodes on YouTube as private (so no one can see them yet) as I get them finished. I am up to episode 10 which is about 35% of the book. With the commentary I add at the end of each episode, the listening time is about 5 hours. When you add in the editing and grunt work of creating the video I'd say I have put an additional 90 minutes into it. Everything was going fine until the other day when I got a notice from YouTube stating they removed one of my episodes for inappropriate content. I was FLOORED. I went back and reviewed the episode to try and determine what was inappropriate about it. Yes, the book contains sex, it is ABOUT sex... love and sex and why God wants us to wait for marriage... but that particular section didn't have any sex in it. It had implied sex and the worst words were "wet" and "gratifying". I appealed the removal with the promise that all my videos would be marked as age-restricted and to my pleasure, they re-instated the video. Phew.

Today I put two new episodes up on YouTube and soon after, I received another notice from YouTube saying they removed another episode for inappropriate content. I marked is as age-restricted when I loaded it - so that wasn't it. So I went back and reviewed the episode. There was no sex or even implied sex, nothing that would be considered racy or wrong in any way. There weren't even any curse words. I don't get it! The things that are on television every night are far worse than my story. I seriously... am at a loss.

This was my second take-down so I received 1 strike against my account. If I get more, they can remove my channel from YouTube then all the work I have done is for nothing. I am trying to put some hope back into society - to help reinstate some morals that have been missing in our entertainment for far too long. It's like societies good sense and moral decency has gotten cracked so badly that we don't even distinguish right from wrong anymore. I wonder, does YouTube have something against morals? Do they enjoy making the crack bigger? Maybe they only want to put things out that are sure to make the crack bigger?

Here's the thing that KILLS me... as a writer of my type of Christian fiction I fall INTO this wonderful crack. On one side of the crevice are the hard core Christians who hate what I am doing and call my work "of the devil" and "soft porn" because they are offended by it. On the other side of the crack are the people who see the word "Christian" and make an assumption that it will be judgy, boring, unrealistic, and/or opinionated to the point they will no doubt be offended by it. And there I am looking up at the light from the bottom of the abyss... being passed over, ignored, and, yes, I get my share of hate mail - mostly from Christians (which I find hilarious). All the while, the moral integrity of our world is breaking down, crumbling beneath our feet and people don't even notice it.

Sometimes I just want to go hide under a rock down at the bottom of that pit and say "Forget it!"  I feel like I am fighting a losing battle and some days I am just tired of the fight. But, God gave me this mission, the talent, and the right people to partner with me so I have no choice but to do my best to see it through. I've been at this for over a year and a half now, I've done a lot of hard work, I've written 6 books and there are more on the way... but I don't have a lot to show for it... yet.  I know God will make things happen in the right timing and I just have to be patient.

So, go ahead hard-core Christians... send me your hate mail. I will continue to post it on my blog entitled "Hate Mail From Christians" as you too deserve to be heard. And go ahead YouTube - keep removing my content and giving me strikes... hell, remove my whole channel... I'll find another way to make it happen - why? Because it's God's will and nothing can stop that - even well meaning Christians and website "Community Guidelines". The world has always been cracked... from the moment of the bite of the apple and I'm not delusional enough to think I have enough caulk or grout to fix it... but what I can do is try to bridge the gap a little... and I suppose that's why I feel like I'm in the crack... because I am. To tell the truth, as hard as it is, there is no place I'd rather be. 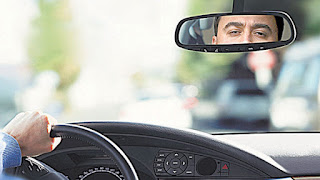 I was on my way to pick up my daughter from school just a little bit ago. I was driving a little above the speed limit - 32 in a 30. I came up on a car driving 20. We were both in the left lane, and I needed to make a left turn several miles down the road. I decided to pass the car on his right instead of staying at his pace - I had plenty of time so I wasn't worried. When I got up next to him, he looked over at me and pointed then sped up. I went a little faster to try and get ahead to slide over in front of him but he sped up too making it impossible. My turn was coming so I decided to slow down and get back in behind him. The minute I was behind him, he slowed to 20 again. Ugh. We arrived at the traffic light where I needed to turn left, he was the only car in front of me and as soon as we were both stopped, he looked in his rear view mirror making eye contact with me and began to wag his finger. I looked away, in a attempt to ignore. When I faced forward again, his finger began another wag. He did this 4 times until finally the light turned green and he went on his merry way. I made my left turn and all was well in the world, right? I wish things like this didn't get under my skin. It is times like this I truly wonder what has happened to basic human decency. It is times like this I understand why some people do very bad things in the heat of the moment.

I am proud of myself for not doing what I wanted to do... give him the finger. I am proud of myself for not yelling obscenities at him or jumping out of my car to go punch him in the face. He doesn't know me... I was obeying the law but apparently not to his approval. He took it upon himself to stop me from doing something HE didn't want me to do even though it was fully within my rights. My rights... as a driver, as a person, and as an American citizen. HE had to stop me, and he did. But he took it a step further and found it necessary to scold me... scold me for something that wasn't wrong. Scold me - a 43 year old woman he knows nothing about. I could have been in labor and on my way to the hospital, I could have had a child screaming in the back seat... I could have been suffering with a bout of diarrhea... who knows. I also could have been a completely insane maniac with a gun in my glove box.

In the end, I feel angry, still. But I also feel sad for him. Whatever he has going on in his life, he obviously needs to gain a sense of control over someone to feel good about himself. I'm glad I didn't react the way I wanted to, I'm glad I paused and was able to respond with nothing instead. But what I wish more than anything, is that experiences like this wouldn't affect me the way they do. This will no doubt stick to me for a majority of the day - making my anxiety and bipolar tendencies rise to an uncomfortable level - maybe even to the point of needing a sedative. I wish I could just let it roll off my back, but I was not built that way. I'm glad I have tools to keep me from behaving poorly though. Super thankful for that.

I wonder if he would have done it if he had known what it would do to me emotionally and physically today? Maybe... I hope the little glint of happy he got from it was worth it.
Created by Wendy at Friday, January 22, 2016 No comments: