I am so thankful my book "As Is" has been such a success. I honestly never dreamed it would happen like this but when God is involved... anything can happen. I know He will continue to get it out there to the people who it can impact. THANK YOU to all my readers! I'm little known so it means a lot to have your support.

My next book, "30 Below" is about a couple (Lucas and Faith) who meet and are immediately attracted to each other in a way neither had felt before. The sexual electricity between them forces a decision to be made... Do they act on it? Or wait?  You'll have to read it to find out what happens... I think their 100 day journey will be a surprise to you, for several reasons.

Yes, it's about SEX!!! Quite a bit different from "As Is" and it is because of this difference I am going to be placing a "Content Warning" in the write up and in the front of the book. Here's what it's going to say:

Here's what you may be thinking: a Christian theme? With strong sexual content? And language? What are you thinking Wendy? Watch out for the lightening!

Yep, you read that correctly. I would very much like to explain myself and the goal God gave me with this book. Regarding sex, I think religion in general has done a great disservice to it's followers in the past. In trying to get the youth of the world to respect sex and wait for marriage I feel they have painted an ugly picture of sex making it seem scary, bad, gross, wrong, sinful and not pleasing to God. While I understand this was not the original intent of the teachings, that seems to be how it has been received. I can't tell you how many churched people within my generation and prior agree with me on this. As today's society has drifted away from the church, what I believe has happened is... the fear this teaching has developed about sex has disappeared in our youth and this is why the generations coming up are so sex crazed. I could be totally wrong - but that is my theory. It saddens me that we seem to either be uptight about sex or totally loose about it - there doesn't seem to be a middle, healthy ground.

With the release of so many fiction 'erotica' books about dominating males with a secret past demanding various sexual pleasures from beautiful, impressionable ladies, I think most of us have read at least one of them. Yes, I have. Yes, I have enjoyed them to a point HOWEVER one thing which really bothers me about the whole fad is this: the respect that I believe two people who truly care about each other should have for one another in their sexual relationship is VOID.  It is for this reason, I wanted to make a statement. "30 Below" is my statement. Yes, I wrote lots of sex, yes I made it steamy and hot. Yes, there is cursing... but not one four letter "f" word! I have a great plot that puts it all together so it's not just frivolous sex... but I did all of that respectfully. Whether my characters end up choosing to "go at it" right away or to wait until they are married... they respect each other all along the way.

I don't care if you're in love, I don't care if both people are into it... I believe whole-heartedly, if you are demeaning your partner with either words or actions in the throes of passion - you are doing them and sex a great disservice. I speak from experience here. You can think you like something and are okay with it... then when you least expect it... BAM! It is suddenly not cool and can cause deep shame. Sex was meant to be an act of love shared between two married people; meaning two people who are already 100% committed to each other. God created it that way for a reason.

I want to be clear... my book does NOT condemn those who choose sex outside of marriage. We all know that a relationship can turn into a marriage (or even un-wedded co-habitation) and work out just fine when a couple goes for it beforehand. It's just... perhaps a little more complicated to do it out of order. This was another reason I wrote this book.

The last reason I will share with you in this blog that I wrote this book is simple. Sex is not bad. Sex is not dirty or gross. It's not displeasing to the Lord. In fact... He created it! Therefore it is holy. And when it is used properly, with love and thoughts of God being part of the union... it is glorious and completely, utterly pleasing to Him. It is for this reason, "30 Below" turned into a series called Degrees of Discernment. "Above 60" is next, coming out in December 2014 and it will dive into the wonderful world of sex within marriage... as well as some other things God tossed in there for good measure. "360 Degrees" will be out in March 2015. Each book is its own story with its own plot and full closure so they do not require each other as companions to make sense. It's an amazing journey... and I hope you will take with me, regardless of the CONTENT WARNING!

Blessing to your days and nights! Be good to one another! 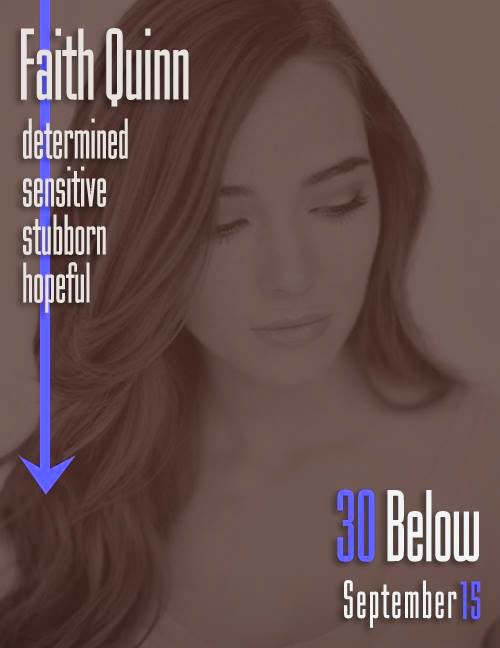 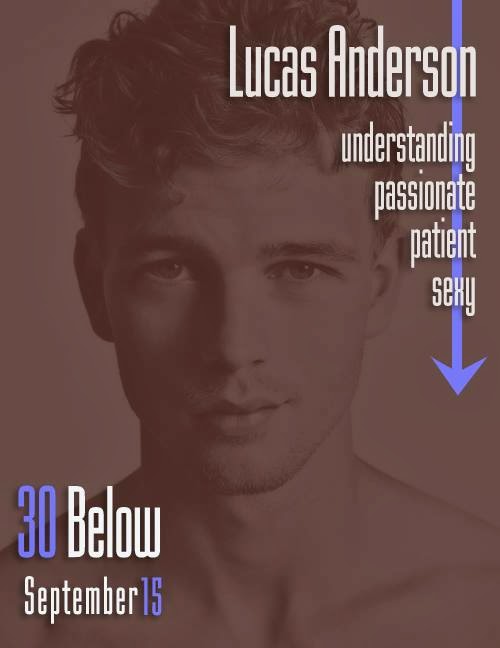