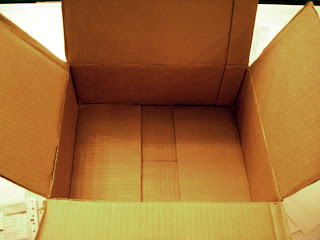 January 1, 2011 was a fun day. I got to sleep in until almost 9 am which was great considering my son has an internal alarm clock that wakes him at 6:00 am on-the-spot no matter how late he stays up. I drank some coffee while listening to some great music then embarked on a nearly two hour Ben 10 Alien Creating battle with my son. It was really fun, even though I was the big loser. I made and delivered some food to a friend who was recovering from surgery and then ... FOOTBALL! None of the teams I really wanted to win did... Penn State, Wisconsin, Uconn, GA Tech all seemed to follow my lead as loser of the alien battle but that was okay. I enjoyed watching and being in the warm safety of my cozy home with my family. We had loaded nachos and pizza rolls for late lunch.... and dinner... and I didn't even feel sick since I didn't over indulge too much (a miracle in itself). I built a fire in our fireplace but it had rained recently so our wood was slightly damp. I wasn't sure if the wood would burn but we have gas to help it get going. There was a little trouble getting it started so one of my arms ended up with less hair than the other... whoops. I have always loved the glow of a nice fire although I could have done without the smell of burnt hair. A beautiful hue of blue closed my evening out... and it wasn't the kind of blue any of us ever enjoy seeing. It was the dreaded computer blue screen of death. We had been trying to resolve some internet issues and in the process my computer decided it too desired a fresh start for the New Year. In an instant... its entire past was erased. Gone... forever. Hubby got the operating system back on so I'm back in functioning order but don't have any of my old files, pictures and I lost my Photoshop application... bummer. The book I had been writing for 2 years... gone; all 400+ pages. Are you ready for the most shocking part of the blue screen fiasco? It didn't bother me AT ALL. My heart rate didn't quicken, I didn't panic, I felt no stress at all over the loss of everything that was gone... and I slept like a baby that night. For me that was absolutely bizarre behavior. In the back of my mind I believed God was telling me it truly was time to forget the past... all of it, and move on in peace.

Speaking of the past, I wrote an article entitled “365 Days” last year. It was a pitiful whine-fest about how I recognized how much of my life had changed on my birthday July 1, 2010. I was having a pity party, a whoa-was-me, ‘everybody hates me, I'm gonna go eat worms’ moment. I remember what I was feeling back then... life seemed unfair because many of the things I wanted seemed to have been taken from me. All I could see was my own personal loss and I felt like a victim. Life had changed, and I didn't like it at all. I wasn't on board.

Six months later the new year hit, and not one of the things I felt had been unjustly taken from me back in July had been restored. In fact, a big truckload of additional people, things and responsibilities had been removed from my life since then. Yet, January 1, 2011 was one of the most peaceful days I had in a long time. I remember sitting content and at peace, not whining at all like I did in July. Life had changed even more, but I had decided to jump on the bandwagon, and that made all the difference.

As glad as I am that 2010 is over... I wouldn't have changed it for the world. July was a turning point for me where I was faced with the choice; to stay where I was and feel like a victim -OR- humble myself and search for God's will. God was trying to light a fire with me but I had stayed out in the rain for a bit too long. It seemed all I could do was smolder and hiss. He didn't give up on me though because that is the kind of God He is. He loves me and will pursue me with great passion, intensity and fervor for the rest of my life. Nothing can change that... not even my stubbornness… or dampness. God decided to turn the gas on in my life’s fireplace to get the fire to start since my dampness was in the way. I'm not gonna lie... it hurt. It burned every single time I had to look in the mirror and accept my failings and my mistakes of the past 18 months. I cringed deeply as I realized I was not a victim and had actually played a huge role in creating my own circumstances. The pain only deepened as I had to submit to every change He asked me to make... He said, “Let go of this... let go of that. Look at who you really are and rely on Me to make the changes you need to make to be happy again. Be still my child. Be still. Let Me be your God... let Me be your ONLY God.”

It took time for me to get it, but finally I did and I listened. I decided to make a conscious effort to be still and let Him be my ONLY God. The entire months of November and December, I took a break from everything except my marriage and motherhood. In that time I focused on my relationship with God and tried to learn how to be still. Let me tell you, it was very difficult for me. I am the kind of person who is always going, always moving, always looking for what’s next and I can honestly say I had no idea how to make myself be still. I actually needed someone to tell me how to do it! I had to try several different things to find the best way for me to be still. That sounds funny… being still should just be, being still… right? I have learned that each person has a different stillness capacity and a different way to get there. It took some time, but I found mine. I feel obligated to say being still doesn't mean being lazy. There is a huge difference.

Until this little experiment in being still, I had never realized just how many things I have allowed to get in the way of the most important things in life. For goodness sake, I have even let my pursuit of God get in the way of my relationship with God. That is just crazy! I was letting my service for God take the place of my actual relationship with God. In addition it seemed I had carried a perception around with me for years that I had to “be” something to be useful. And if I wasn’t being “useful” then I was purposeless. What’s interesting is that being me, being a wife and being a mom didn’t count in my thinking as me being useful. Those jobs were just expectations and what really mattered was what I did outside of those titles. Being in Bible study, doing design work for churches, being a sponsor and speaker, being the ministry leader for Celebrate Recovery… now those were the things that were useful. Those were the things that won me favor and allowed me to feel good about myself. Sounds a lot like I had been trying to make it into God’s graces by my works… doesn’t it? In my two months of stillness I have seen just how deep my lack of self-esteem runs. I have seen how I have used all those things I do outside of being a wife and mother to fill up an empty spot in my soul. And I have seen that the only way self-esteem can be real and lasting is when I receive it from my basic, simple relationship with God. I’ve heard that many times, I have even said it but now, for the first time ever, I feel it for myself. Just being Wendy should be enough.

November and December were two of the most challenging months of my life. They went against everything that was natural for me. I… did… nothing… except be a wife, a mother and a daughter of God. I tested my usefulness. I let all my works go. I faced my lack of self-esteem head-on and guess what… I survived. Not only did I survive but I learned how wrong I have been about so many things. I learned that there is no more important part of life than simply being me. In being me, I get to be a wife, I get to be a mother and I am the daughter of God, no matter what. Anything else God asks me to be part of is icing on the cake. What I have learned is ironic, the only way to fill up the emptiness was to empty all the filling. Emptying my life showed me how to be full.

As I go forward from my stillness experiment now, my prayer is for God to keep me grounded in the things that matter. I have already been tested and almost fell into some old behaviors fairly quickly. I am so thankful that God has been keeping me on my toes, making me so uncomfortable when I am sliding backwards. I suppose I could just keep myself locked up at home without involving myself in anything else just to make sure the important stuff stays important but I don’t think that’s what God wants from me. I have to learn how to go out and live life without readopting my past philosophy that simply being me isn’t good enough. It is good enough. And just so you know, simply being you is good enough too.
Created by Wendy at Tuesday, February 15, 2011