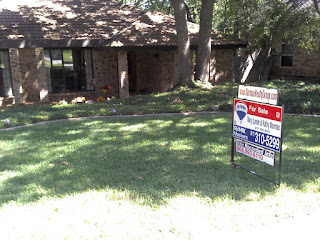 It is hard for me to believe where I am right now… Wisconsin. I am sitting at my computer in our new basement trying to figure out where to start with the story of how I got here. I guess I should go back to the beginning…

It was November 2010… Thanksgiving Day to be exact. We had lived in Texas for about 8 years and the few Thanksgivings we had spent at home were kind of sad. Just Ryan, Brett and I trying to make ourselves feel like it was a holiday. Without family around, that was hard. But in 2010, we were invited to join two very special families for food and celebration of the holiday. We jumped at the chance to surround ourselves with others, hoping it would at least feel a little more like a family holiday. It ended up being one of the most wonderful Thanksgivings of my life and I am indeed grateful for those wonderful people – and for their invitation to include us. There were 9 kids and 9 adults there that day and it was FUN!

That night when we got home, life felt a bit empty. There we were in this nice house with only one child and a feeling came over us… it was as if God had said, “There is more I want from you Ryan and Wendy. It’s time to step out of your comfort zone and into My will for you.” We struggled in prayer over what His will was for us and finally thought we got it figured out… God wanted us to share our blessings and love with another child that was not our own. God wanted us to be Foster parents. It was a scary, huge step but we embraced it and moved forward. We picked an agency and began all the paperwork, prep work and classes it takes to become foster parents.

In January 2011, I began to have some health problems. I lost 40 pounds in a very short amount of time and I was unable to keep food in my system. I was tired and grumpy but unable to sleep. I had headaches and tummy problems that wrecked havoc on my everyday life. Doctor after doctor did test after test with no answers as to what was wrong. There were lots of theories, but no real answers. Only trial and error and nothing seemed to be working. As my health faded, we decided to put a hold on our plans to become Foster parents. There was no way I could take care of another child in my condition.

In June, answers finally started to come… we discovered that I have celiac disease which is basically an allergy to wheat, barley and rye… gluten. Luckily, my allergy to gluten isn’t as severe it could be, but it is still very important for me to steer as clear of it as possible. Weeks after I deleted gluten from my diet, I finally began to feel better. My body began to heal slowly but I was still severely underweight. The challenge then became to figure out how to gain weight on a Gluten free diet… no small task. As a result of this health issue, I actually learned how to properly care for my body. Eating had never been a priority for me before. I rarely ate 3 meals a day and when I did eat, I would eat less than healthy foods. Having to watch all food intake and try to gain weight made me really learn to give my body what it needs. I have always cared too much what others say about me and perhaps God was using this as a way to try and break me from that. So, when the rumor that I was “anorexic” blew by me, I was disgusted, especially since I had been feeding my body better than I ever had in my whole life. I had to separate myself from some other unhealthy things, and work on relying solely on what God thinks of me instead of what others think. I don’t know if I will ever fully be able to do that, but I am getting better at it.

As my health began to improve, Ryan and I re-visited our plans to foster. To both of our great surprise, it no longer “felt” right. In fact, it felt really wrong and against what God wanted for us. Personally, I was very disappointed and ashamed when we made the final decision not to pursue fostering. I felt selfish and as if I had left yet another “idea” in my life unfinished. I was embarrassed I had told some people about our plans and now, we were going to have to tell them we weren’t doing it. Mostly, I was confused over my understanding of God’s desire for me. I felt so sure He wanted us to foster… and then for Him to turn around and say “No” made me question everything about the way I hear God. How could I have gotten it so wrong? Or worse, why did God change His mind? Were we not “good” enough to do the job? Luckily I have some very wise ladies in my life who were there for me and helped my make peace with those feelings. I wasn’t sure what exactly had happened between my understanding and God’s will, but I kept trying to hear Him correctly.

Ryan and I still felt like God was telling us we were supposed to provide care for a child that was not our own. Our next thought was that He meant for us to adopt. Excited, we looked into that as our next option. Quickly we discovered, we did not have the money we would need for adoption and soon we felt that door shut as God said, “Nope… that is not My plan for you either.” Ugh. I had been so restless about figuring out what God wanted and it seemed no matter what I did, He was saying no. It was frustrating! I finally just threw in the towel and said, “Hey God, when You’re ready to let me know Your plan for me just tell me… I’m gonna stop hunting for it!” That sounds so funny to me, as if it ever matter for one second that I was hunting for it. God’s timing is perfect and I should have been trusting Him all along to make His plan apparent to me instead of worrying about missing it.

In August, I took a weekend trip up to Janesville, Wisconsin for Ryan’s sister’s baby shower. I consider her one of my best friends and was so glad to be able to be part of her special day. Her first baby was due at the end of October! It was a quick trip, but a meaningful one. I got to spend some special time with both my sister-in-laws and I felt like we all really bonded. The shower was wonderful, the food was great and a friend of the family ended up stopping by unexpectedly… Chuck always has the best timing! It was Saturday afternoon after the shower and we were all sitting on the deck enjoying the sun and Chuck asked the mom-to-be, Marissa, what her child care plans were once the baby was here. He asked if she was going to be staying at home or going back to work… to be honest it was one of those side conversations that I wasn’t even part of, I just happened to be overhearing it. As I listened to the discussion unfold between Marissa and Chuck I heard God’s voice in my head as clear as a bell… “That is the child. You. Daycare.” I kind of chuckled at God, having to remind Him that I lived in Texas, not Wisconsin. If I was going to watch Marissa and Richard’s baby – that was gonna be a tough commute. God laughed back at me and said, “Move.” I was stunned in that moment… didn’t God know how much I hate cold weather? I’m pretty sure He did, perhaps He didn’t care. I bet if there had been a picture of my face at that very moment… it would be priceless. I thought of little else besides God’s words to me in the days that followed. I arrived home to Texas on Sunday night and Monday afternoon at lunch, I asked my husband what he would think about moving back to his hometown of Janesville, WI.

As they say, the rest is history. At the end of August we had our agents out to the house to tell us what kinds of updates we needed. We did the updates in 2 weeks, we listed our house, we had an offer in 8 days, we accepted in 10 days. We went on a house hunting trip a week later, looked at 12 house, picked one and made an offer, got accepted and came home to pack. October 31st we closed in Texas, November 1st and 2nd we drove to Wisconsin, November 4th we closed and moved into our new home. 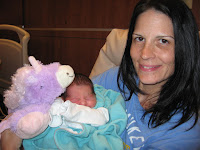 So, the answer to "How'd that happen so fast?" is very clear... God. Only He could have orchestrated a move such as this. And one of the most beautiful things that happened was that little Grace Olivia was born unexpectedly while we were in Janesville for our house hunting trip. We got to meet her before we headed back to Texas to pack up. The minute I held her, I knew 100% for certain God had me right where He wanted me. Yep, God doesn’t need me to hunt for His will, He just needs me to do my best to listen and wait for it. In addition, God won’t let me make a huge mistake when I misunderstand Him (like fostering or adopting) because He has His ways of re-directing me. When a door closes, He is merely guiding me towards another door that is already open but not yet in my view. And, thanks God for sending down a tangible reminder of Your awesome "Grace"!
Created by Wendy at Thursday, November 17, 2011