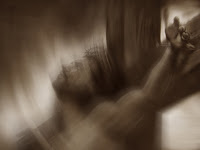 Humility… something all of us humans are supposed to strive for. When I first entered recovery, I was told I needed to find some humility. At first I was totally offended. I was confused because I really thought I already had humility. After all, I knew I was one of the lowest life forms on the planet. I knew that everyone was better than me. I knew there was no way God could ever forgive my sins – they were too big, too bad and too unforgivable. I felt I already was as humble as I could get – in fact, I wondered if perhaps I was a little bit too humble. I had been told my whole life I was supposed to be humble, but I had also been told that to truly love someone else I needed to first love myself. I was so humble that I didn’t love myself at all.

Sobriety has taught me many things about humility and as it turned out… I had a horribly misconstrued conception of what humility was. Whenever I thought about the picture of humility, I saw Jesus. But the picture of Jesus that I would see wasn’t of Him teaching others, or healing people, or praying… it was the picture of Jesus being tortured and beaten – bloody from head to toe at the hand of his accusers as He prepared to be nailed to the cross. Yes, Jesus was the perfect picture of humility and He let people beat the crap out of Him, even though He didn’t deserve it at all.

So it only made sense; being beaten = humility. I think there might be a lot of us walking around this world thinking the very same thing. We think being humble means we are supposed to be, act or feel lower than the people around us. We think we are supposed to sacrifice our own natural desires and needs in a grand act of martyr-ism so we can come out on the other end feeling like the humble hero. But… what ends up happening, is we feel used and abused by others and we get angry for not being appreciated.

For me, I would wonder, “if humility is so great… why do I feel so insignificant and powerless when it’s all said and done?” I would then turn back to my thoughts of Jesus and how He didn’t complain about being beaten. I’d think, “Buck up camper… Jesus did it and His situation was so much worse! I just need to try harder to be humble and just accept that it sucks without complaining.” In my inability to accept the suck-i-ness, I would feel like a disappointment to God and become overwhelmed with a feeling of selfishness… and I’d beat myself up for my failure. My anger then extended outwards to others for not noticing my pain or appreciating my so-called sacrifices. That anger grew and grew… and the cycle continued.

One day, I was at an AA meeting complaining about the cycle I just explained. A gentleman came up to me privately after the meeting and told me I had it all wrong. He said I wasn’t being humble at all…he went on to tell me I was being extremely selfish. It has taken me a long time to understand what he meant… but I’m finally getting it… and he was right. I have never been humble… I have always been selfish.

Go back to that picture of Jesus I shared with you. He was sacrificing himself, giving His blood for our freedom. He was being beaten and taunted. He was in physical pain we can not even imagine but… His sacrifice, His spilled blood, His pulsing wounds, His emotional torment was NOT why He was humble. He was humble because He, the King of Kings, the Lord of Lords contained within Himself the power to stop what was happening to Him. He could have broken free and whooped some major butt at any given time but instead… He kept His power contained and under control. He knew who He was, He knew what His purpose was, He knew what God wanted from Him and He knew why it was so important… He was confident, He was powerful and… His control of those things was what made Him humble.

Those who successfully find true humility know who they are. They are confident in who God has made them to be (and they know the growth must continue… it is not a destination). They know their mission, their purpose and they aren’t looking to be a martyr or to be appreciated. They do what they do out of obedience to God because they know He has an important reason for sending them down a certain path. They are full of God’s power… but they hold it deeply in their soul, with delicate and definite control. I’m sure for them, humility comes and goes, for it wouldn’t be in our nature at all to have it together all the time. That’s why I believe humility can only be accomplished with the help of God. Maybe one day I will actually get to feel what humility truly is… but for now, I’m just working towards it. And I am so very glad to finally understand that I don’t have to be lowly, powerless, beaten or unappreciated to be on the pathway to humility.
Created by Wendy at Thursday, January 07, 2010